"So, where in the heck are your fans?"

I have had this question put to me several times during my "career" in music, usually by an unhappy bar owner as we both gaze upon his (or her) mostly empty venue. 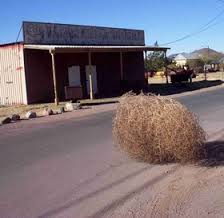 Now, I use the word "venue" loosely here.  The word means a place where an organized event occurs.  In many of the joints I have played over the years, it was a miracle that anyone besides the band was in the place because the bar didn't bother to do even the slightest bit of promotion for this aspect of their own business.

Most of these place have been neighborhood bars or sports bars that have had live music bolted on to the business as an apparent afterthought.  Some floor space is allocated for a band by temporarily removing some tables and chairs in the vicinity of the restrooms or the dart machines.  Illumination is provided by the many flat screen TVs that continue to show sports programming during the band's "show."  And a dance floor?  Fuggedaboudit!

We have played at bars recently that didn't have any sort of web presence - no web page, no Facebook page, nothing at all except a couple of accidental Yelp! reviews.  A couple of places did have Facebook pages, with wrong phone numbers and long out of date event postings.  You would think these places would at least provide table tents with the current music calendar for customers to look at, but I don't recall the last time I saw one.

Now the Preachers do the following to promote our shows:
But you know what?  Sometimes, in spite of our best efforts, we bomb at a gig anyway.  This usually happens at these places that can't be bothered to create an atmosphere that is conducive to enjoying live music, or doing their part to promote their live music events. Do bars really want to leave the promotion of the live music portion of their business up to musicians?  In some cases, apparently so. Good grief!

You can check out the Boneyard Preachers here.  See you at the nightclub!

A letter to Fender

Like a lot of other folks, I like your reissue '59 Bassman combo amp.  It works great for guitar or harp.  However, it could use a few improvements, such as:
The reissue Bassman is a reasonable facsimile of the original Bassman, and the used amp can be had at less than cork-sniffer prices.  But let's face it - the reissue Bassman is never going to become a collectible amp.  It will never retain its value like the better sounding, hand wired  Victoria '59 Bassman clone either.

These suggestions will probably sound like blasphemy to those who like to pretend that their reissue amp is an original '59 Bassman.  But it's not.  It never will be.  However, these changes would make a reliable, affordable amp even more useful to us working stiff musicians.

Just think about it, that's all I'm asking!

Check out the Boneyard preachers here.  See you at the nightclub!
Posted by Mike Lynch at 11:52 AM 1 comment: 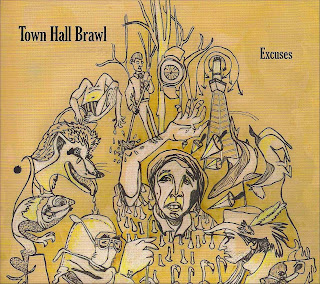 This is a singer/songwriter’s album.  The songwriter in question is almost entirely Diane Forsyth, with a bit of help here and there.  Town Hall Brawl is her band, and it consists of Don Forsyth on electric and slide guitar, Billy Reed on keys, Marty Vadalabene on drums, and Diane herself on vocals and bass.


I say this is a singer/songwriter’s album because that’s a wide a category as is available to me.  I don’t want to put this CD (or this band) into a bag like “Blues” (although they can get real bluesy), or “Alt-Country” (although some tunes have a strong country flavor) or even that catch-all, “Americana.”  These folks play Diane’s songs in a way that transcends categories.  Each song is an individual piece, and this bunch of veteran musicians has enough skill and experience to make them come individually alive.  The level of craftsmanship here brings The Band to mind, or some of Dylan’s latter day efforts, “Love and Theft” perhaps, or “Modern Times.”


Diane's voice and delivery make me feel right at home, with a warm, familiar feeling like we’re sitting on the steps of her front porch talking about life.  Her songs are all about life – days gone by, regrets, anger, embarrassment, hard work for low pay, the need to just pull it together and keep on keepin’ on.  Except for Billy Reed’s lilting instrumental tune, “Daytrip to Havana,” this isn’t a particularly cheerful album.  But it’s the kind of album that’s likely to make a person feel better – like a good long conversation with a friend.  I’d be hard pressed to pick out favorites from this set – the concurrent variety and consistency of material here is one of the album’s strong points, if that makes any sense.


The music itself is fine.  Don Forsyth is an excellent, creative guitarist, and I particularly liked his intense slide work.  Billy Reed is great throughout – he’s played with everyone in town, and his versatility shows on this recording.  He’s the central support for many of the songs, creating an underlying fabric that holds the songs together.   Marty’s crackling drums are just right, and Diane’s simple and solid bass works well for the songs she writes and sings. Seattle legend Conrad Uno was at the board for this recording, and the overall sound and production is up to his internationally renowned standards.


The CD design and packaging of this CD is unusually good for a local release, with cool artwork by Jenica Cruz and a full lyric booklet.  A first class  effort all around!  Cheers for Town Hall Brawl!

The Boneyard Preachers play the Porterhouse Brewfest in Mt. Vernon

The Preachers played a nice outdoor gig in Mt. Vernon yesterday at the Porterhouse Brewfest.  This was a benefit for the Lincoln Theatre downtown. Two other bands also played this gig - Kim Field and the Mighty Titans of Tone, and the CD Woodbury Band.

We played the first set at a little after 2:00 PM. I thought that the band sounded great!  A pro sound system was provided and the sound guys did a good job.  At this kind of gig there is no point in worrying about what it sounds like out front - I figure if I can hear my vocals and amp on stage, it's all good.

Only one speed bump occurred.  My car battery died when I left my four-way flashers on after unloading at the stage.  One of the stage hands was able to give me a jump though, so Lauri and were on our way back to Seattle in no time.

Here are some photos from the gig.  All of these photos were created by Lauri Miller. 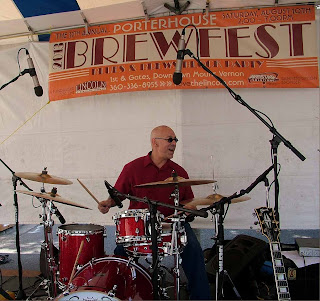 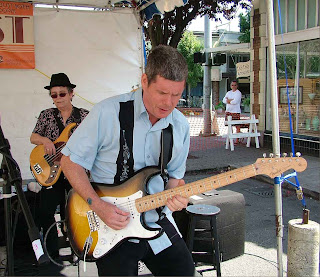 The Mighty Mite and Stoop Down 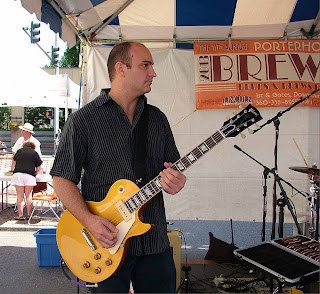 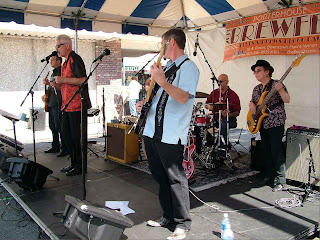 The Preachers at work
You can check out the Boneyard Preachers here.  See you at the nightclub!
Posted by Mike Lynch at 12:05 PM No comments:

The Preachers play the 907 and a party in the woods.

The Preachers played two dates this weekend: Friday night at the 907 Bar & Grill in Snohomish, and a private party in a backyard in Kenmore.

The 907 Bar & Grill is located on First Street in Snohomish, on a block of popular bars and storefronts.  The 907 is right next to the Oxford Saloon, where a classic rock band entertained a full house.  I would include a link here to the 907, but the club has no web page, not even a Facebook page.  As with the Oxford, the 907 has new owners, so maybe they just haven't had time to get around to creating a web presence. 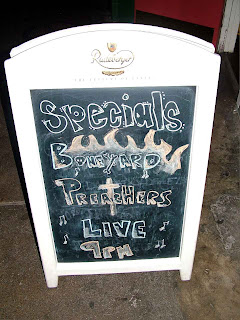 This is another room that has added live music as an apparent afterthought.  There is no stage, the ceilings are tall, the external walls are made of cinder block, and the floors are all hard wood.  The bands space is arranged so that the band plays directly to the bar instead of the customer tables which are all located to one side.  Did I mention that there are no lights? 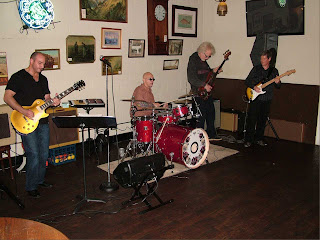 See what I mean?  That's Mark Dalton on the bass.

Combine all this with a dirth of customers and it is just about impossible to get the band sound under control in this place.  Oh well, we did get paid, and the staff was super nice, so it's all good, I guess.  A big thanks out to Mark "Tall Cool One" Dalton for helping us out on the bass this night.

Saturday afternoon we played a private party in a backyard in Kenmore.  This was a nice, relaxing, well paid gig.  The neighbors called the cops with a noise complaint after our first set, so we toned it down and made it through the rest of the gig with no problems.  The fried chicken  was good, baby! 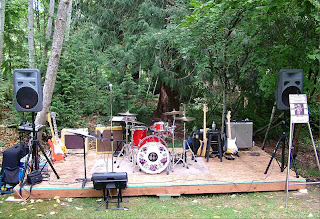 Ready for some blues in the woods.

You can find out more about the Boneyard Preachers here.  See you at the nightclub!