The Preachers played  at a new bar in Renton last night, a sports bar that features a gazillion beers on tap.  The joint's kitchen wasn't open yet, so customers had to order food via the phone from the surrounding restaurants, or leave the place, eat elsewhere, then return.

We set up on the bandstand, which is about four and a half feet above the floor and directly behind the bar.  This arrangement put all of our amplifiers at the ear level of the bartenders and wait staff. There was a house PA system that seemed to work fine for the hip hop music played on our breaks, but the mains appeared to be off when the band was playing.  I'm fairly certain that the only PA speaker that was working during our sets was the single floor monitor. 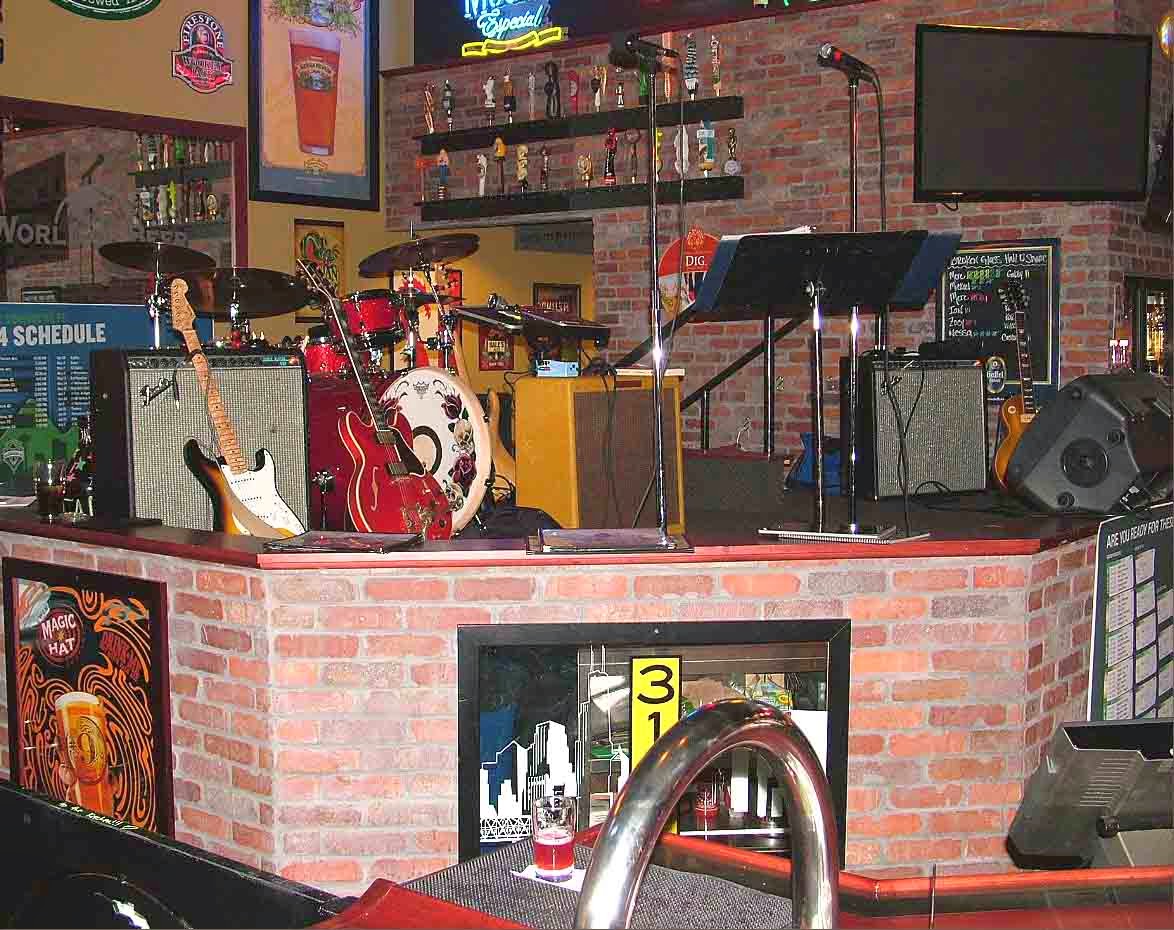 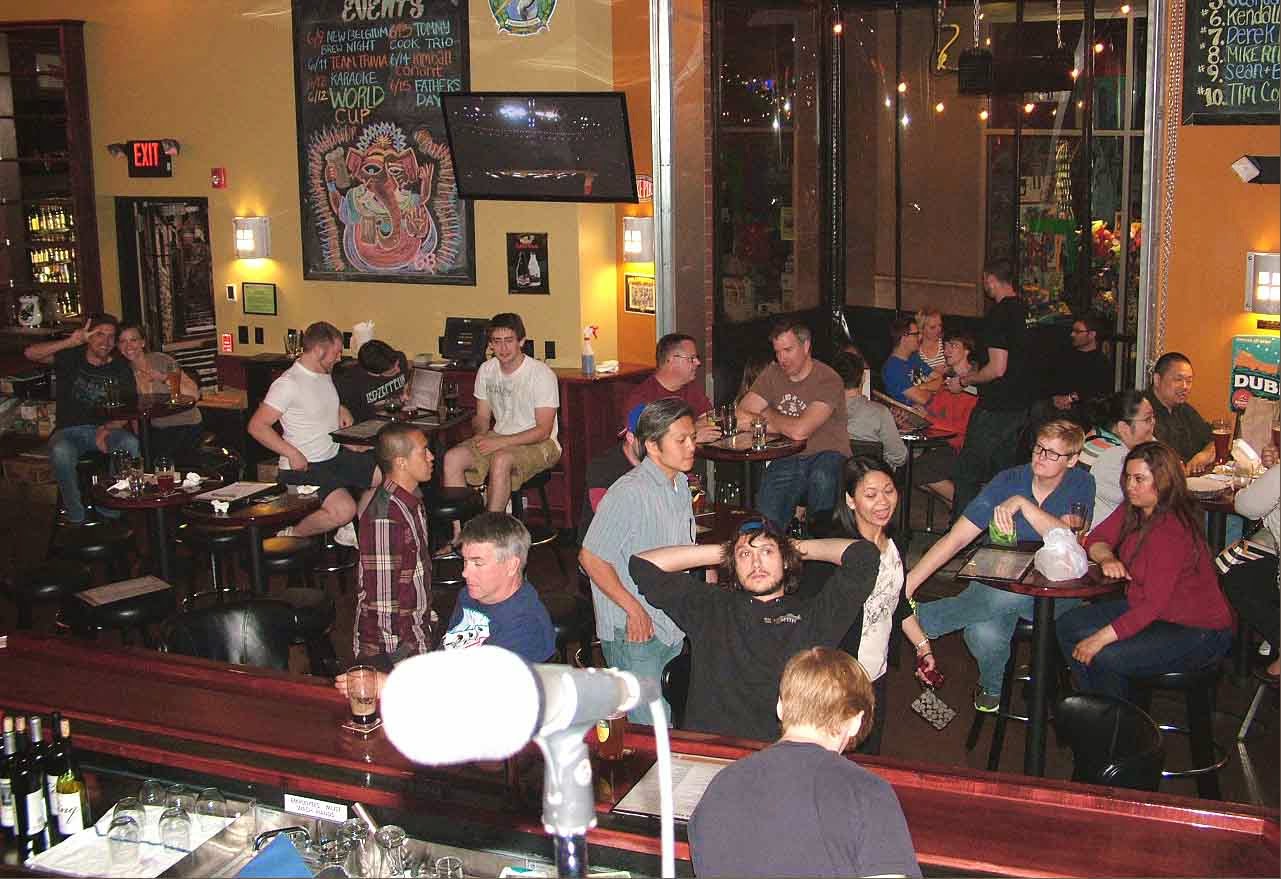 The view from the bandstand.

I sent posters to the club, which were not in evidence anywhere.  Our gig did appear on the club's website, with a starting time shown as "all day."  The Preachers' name did not appear on the event board inside the club.  All of the big screen TVs were left on (sound off) during the gig, so that the customers would not be distracted by the band, I guess.

Bless the club's heart for hiring us, but the 20-something crowd in attendance couldn't have cared less about the music the Preachers were playing.  It occurred to me that if you want to determine what music is most appropriate for a club, pay attention to the music being played on the breaks.  At this place, familiar hip-hop and current R&B tunes were being blasted at the crowd, who seemed to be familiar with every tune.

I hate to say it, but why not just hire a DJ for this sort of venue?  Just curious!

On the positive side, we did get paid and the staff was helpful and friendly, so it's all good.  I don't think we would be interested in playing there again, though.

You can find out more about the Boneyard Preachers here.  See you at the nightclub!
Posted by Mike Lynch at 6:08 PM 9 comments: