The Preachers played the the Washington Blues Society's (WBS) June Blues Bash last Tuesday.  Frankly, we were a little ambivalent about playing this gig (it occurs the second Tuesday of each month) because it's a freebie, and Tim and Conrad teach music every weekday night, so they had to rearrange their teaching schedules.

Wait a minute, I shouldn't say that it is a freebie - The tip jar was passed around and everybody took home about $25.  Plus all of the players get a one-year WBS membership, which includes a subscription to the Bluesletter.

This meeting is held at the Club Hollywood Casino on Aurora Avenue in the Shoreline neighborhood.  We played in the upstairs lounge, which is equipped with a large stage, lights, and a pro sound system and sound guy.  The sound was very good - I could actually hear my voice throughout our entire set!  If you drop by this place sometime, check out the Cadillac limousine parked in the upstairs lobby. 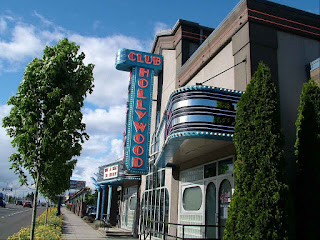 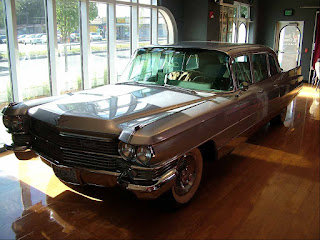 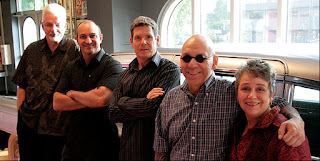 The Preachers leaning, styling, and relaxing next to the limo.  Photo created by the Blues Boss.

Kimball Conant and "Stickshift" Annie Eastwood opened the show with some very good acoustic tunes, followed by WBS announcements and some CD giveaways.  The Preachers then played a 90 minute set to a very appreciative audience including lots of really good dancers. 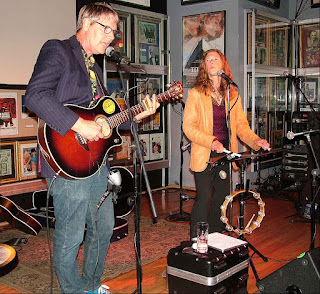 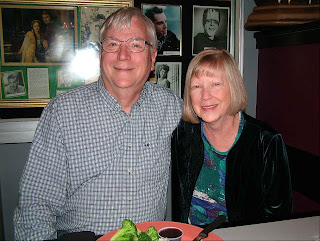 You can never tell when old friends will show up at a gig.  This is John and Mary Sue Bunch.  Long time Seattle blues nuts will recall that John used to play tenor sax in Nitelife in the late '70s.  John does the Hand Jive better than you do.  Just accept it.

We also booked a couple of other gigs as a result of this performance - a swing dance gig in Ballard in August, and a double bill with the Orbiters at the Highway 99 Blues Club in July, so it's all good!  More to come about those gigs soon.  Here's some more Preachers photos for you: 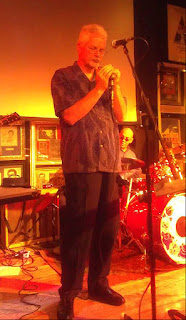 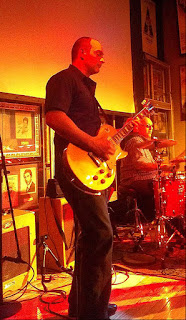 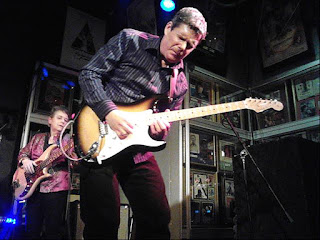 You can find out more about the Boneyard Preachers here.  See you at the nightclub!
Posted by Mike Lynch at 9:58 AM No comments:

The Preachers played a Duff's Garage in Portland for the first time last Thursday, and really had a ball!

Duff's is located on the east side of the river, in what looks like a light industrial area.  There is a large stage, and good house sound system.  Thursday is an off-night at the club, so we played from 9 to 11:30 PM. 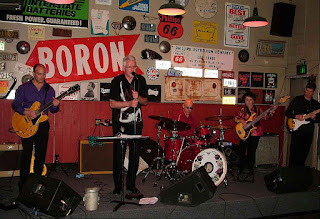 Since this band has never played in Portland, we had pretty low expectations as far as turnout goes.  However, we had a pretty decent and enthusiastic crowd, including some friends from Seattle (DJs Dan Bryant and Oogie Richards), and Portland pals "Uncle" Ray Varner and Les Hutchinson.  Several notable Portland blues musicians were in the house also.  Harp blower Jim Wallace was kind enough to sit in with the band for a couple of songs, and sounded great, as usual!  Jim's brother, Jon, owns Duff's Garage.

Hopefully, we will have other opportunities to play in Portland again soon.  I'll keep you posted.

You can check out the Boneyard Preachers here.  See you at the nightclub!
Posted by Mike Lynch at 11:19 AM No comments: