Stoop Down got married!

I called Seattle guitarist Tim "Stoop Down" Sherman a while back to discuss a forthcoming gig, and he mentioned that, oh by the way, he was married to his girlfriend Charlene in October. Say what?! 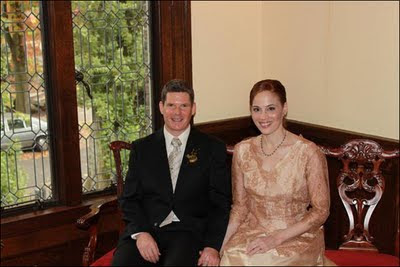 Yep, Tim and Charlene Kern were married on October 12th, 2009 at the Schafer-Baillie mansion on Capitol Hill. The Reverend Dave Brown was the officiant.

Posted by Mike Lynch at 5:13 PM No comments:

Email ThisBlogThis!Share to TwitterShare to FacebookShare to Pinterest
Labels: Tim Sherman
Chris Stevens' Surf Monkeys' All Star Holiday Review
Here's a forthcoming show that I highly recommend checking out at the Highway 99 Blues Club in Seattle on December 11th: 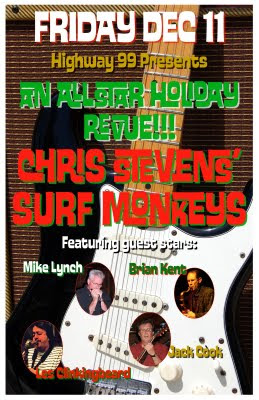 The Surf Monkeys will be performing with several of the sidemen that have worked with the band over the years, including yours truly on harp, guitarist Jack Cook, and saxophonists Brian Kent and Les Clinkingbeard. Chris Stevens tells me that there may be some surprise guests also. It's gonna be a good 'un - come on down and check it out!

Posted by Mike Lynch at 5:02 PM No comments:

As I mentioned in my most recent blog, I will be playing with the Maxwell Street Revival band on December 17th at the Highway 99 Blues Club as part of a tribute to the music of the great Jimmy Reed.

So give a brother a hand here, please, and suggest some of your favorite Jimmy Reed tunes that you might like to hear at this show. Here are some of the tunes that I'm considering:

Honest I Do
You Don't Have To Go
High And Lonesome
I Ain't Got You
Bright Lights, Big City
Down In Virginia

Hey, it's a start...come on now, lay some of your favorite Reed tunes on me for consideration. As they used to say in Chicago, vote soon and vote often.

Thanks, and see you at the nightclub!
Posted by Mike Lynch at 11:31 PM 6 comments:

I dropped by the Highway 99 Blues Club last Thursday to check out Seattle's Maxwell Street Revivalists, and got to see a great show featuring the music of Robert Nighthawk. The core of the Revivalists features guitarist Greg Roberts, drummer David Hudson, and bassist Guy Quintino, and the band appears at the Highway 99 on the third Thursday of each month (as long as enough fans show up, of course).

Each show features different local artists backed up by the Revivalists performing the music of classic blues artists. So far, the band has featured the music of Magic Sam and Robert Nighthawk. I missed the first Magic Sam show, but was lucky enough to see the band perform the music of Robert Nighthawk with guest artists Mark Dufresne and guitarist Jack Cook. The band sounded awesome (a tip o' the hat here the the club's soundman, who was doing an excellent job), and I particularly enjoyed the band's takes on the tunes "Anna Lee" and "Bricks In My Pillow."

I will be playing with the band on Thursday, December 17th. We will be featuring the music of the great Jimmy Reed. We're gonna have a ball, so be there! 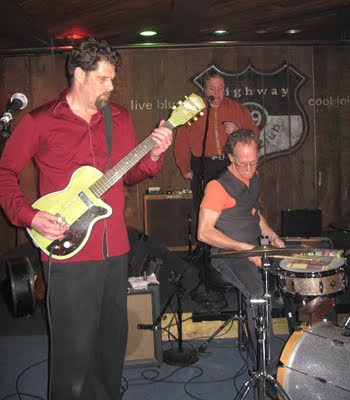 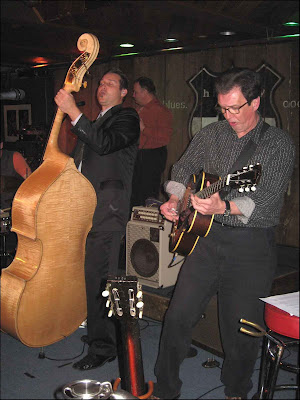 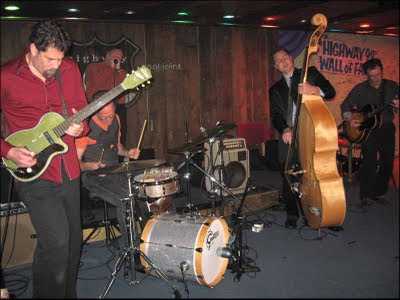