Now wasn't that a party?!

Our long time friends Jimie Jean and Kirk (KT) Tuttle were recently diagnosed respectively with pancreatic cancer and advanced liver disease. Like many American citizens, they are under-insured - KT is a veteran, so he can go to the VA, but Jimie doesn't have any insurance. I had been trying to get the OK from KT to throw a benefit for them, but he kept putting me off until Sheri Humphres interceded and we got the green light to proceed. Sheri is the organizational machine behind the successful annual Jam for Cans benefit hosted by her husband, saxophonist Raven Humphres.

The show went off without a hitch from 3:00 PM until 12:00 AM on September 14th at the Salmon Bay Eagles Club in Ballard. Nine bands (plus Uncle Ray Varner, Duffy Bishop, and Chris Carlson from Portland, OR) donated their time and talents to the show, and total collections (including cover charges, silent acution, food, and donations) amounted to about $8,000! I am sooo impressed with the love and generosity shown by everyone that participated in this event, including all you fans!!

Here's a special thanks shoutout to the following folks:

The band all came to play, and the standing room only crowd was treated to smokin' hot performances all around, including a memorable set by Duffy Bishop and Chris Carlson with All Stars & No Stripes. The day was really like a family reunion, with many musicians and fans getting reaquainted with each other, sometimes after many years. I just wish David Brewer could have been there!

Here's some photos from the show for ya'll: 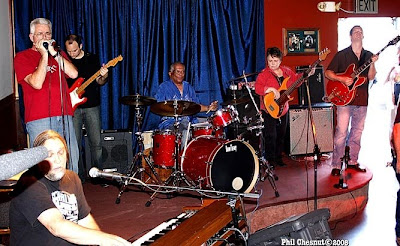 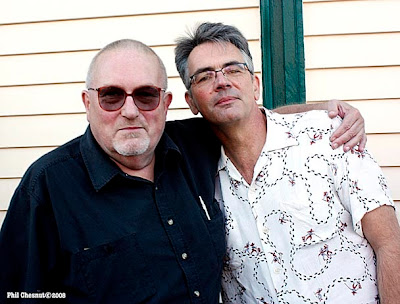 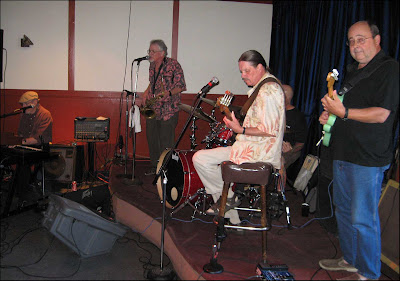 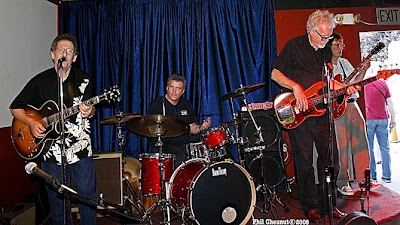 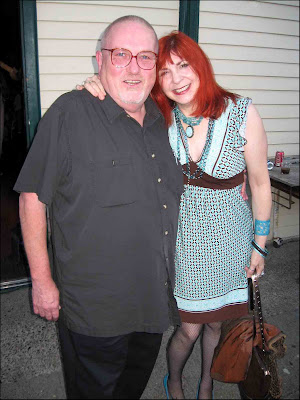 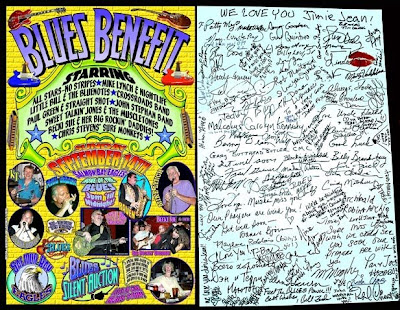 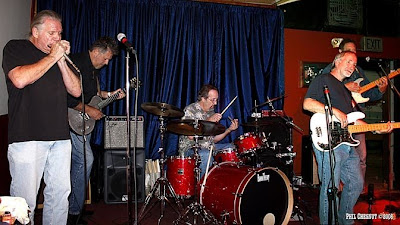 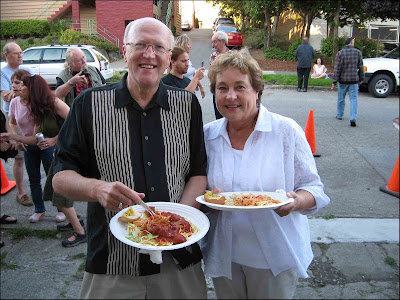 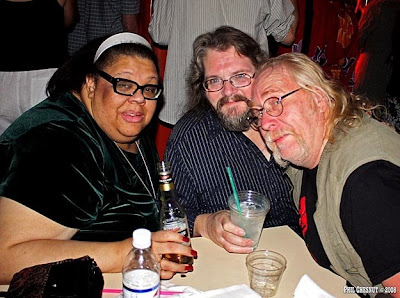 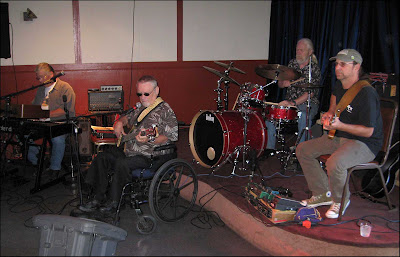 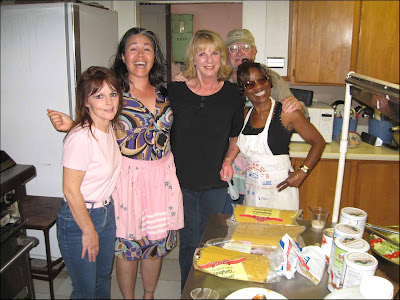 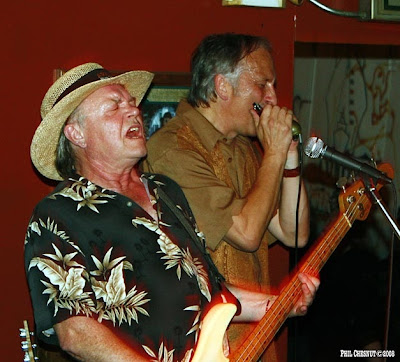 John Lee and Steve Bailey from the Crossroads Band. Photo by Phil Chesnut. 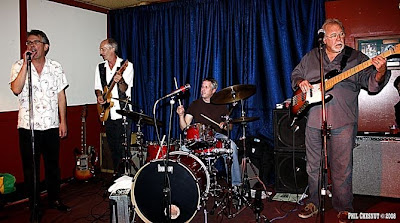 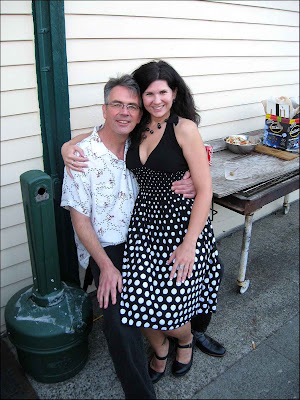 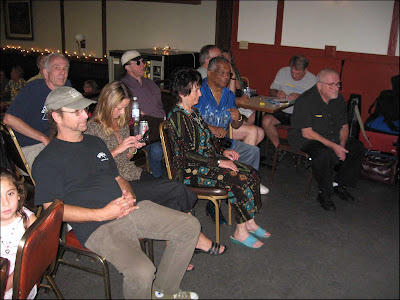 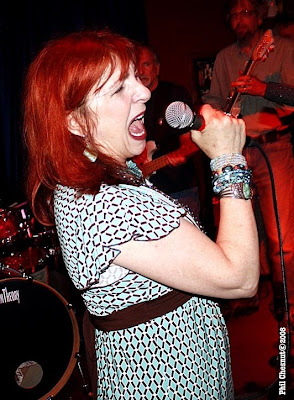 The one and only Duffy Bishop and Chris Carlson. Photo by Phil Chesnut. 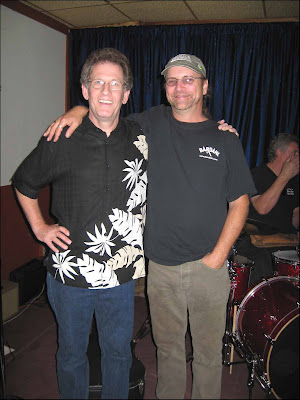