All photos that appear in this blog were created by Dennis "Zab" Zyvoloski.

As many of you know, long time Seattle drummer Kirk "KT" Tuttle has been battling sever liver disease for some time now. As the disease has progressed he has gradually been forced to quit playing. However, thanks to the help of Seattle Bluesguy John Lee, who provided transportation for KT, Kirk was able to play a few tunes at a KT's Kicks gig that we put together recently at the Salmon Bay Eagles Club.

KT played the first three tunes with the band and then the drum seat was taken over by veteran drummer Les Merrihew for the rest of the evening. KT sounded great as usual, and it was a real pleasure interacting musically with him again. Believe me, it's a real treat playing with this group of guys anytime!

For the record, KT's Kicks was formed by Kirk a few years ago, originally to play a gig at the Eagles while one of his sisters was in town. We continued playing at the Eagles occasionally over the years, and I can't think of any reason why we shouldn't continue.

Please keep a good thought for for our old friend and musical conspirator, Kirk Tuttle! 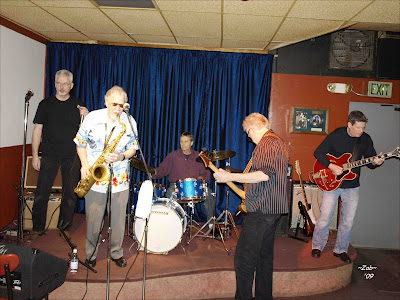 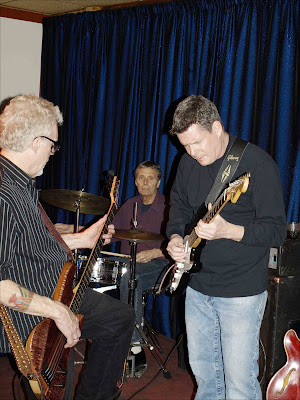 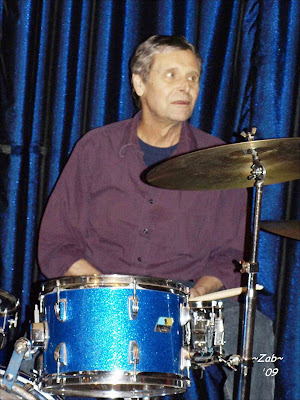 The Robbie Laws Band at the Salmon Bay Eagles Club

All photos included in this blog were created by Dennis "Zab" Zyvoloski.

I moseyed on down to the Salmon Bay Eagles Club a few weeks ago to see the award winning Portland guitarist Robbie Laws' band. This was the Seattle version of Robbie's band, the one that usually plays at the Highway 99 Blues Club with an additional two horn players (I believe that that band is called the Robbie Laws Bigger Blues Band).

The band included Robbie on guitar and vocals, Charlene Grant on bass and vocals, Steve Sarkowsky on drums, Frank "Hot Rod" Holman on keyboards. There was an open invitation for Seattle musicians to sit in, but only a few showed up, including yours truly, guitarist Jack Cook, harp blower Jeff Hertzog, and 'bone player Mike Tooley.

The band sounded great, and I wish that I had made an earlier appearance to listen more. The fan turnout was pretty light, especially for an unusual show like this. Zab was asked me: "What in the heck do we need to do to get people in here?" I dunno know, but consider this:

1. There is never a cover at the Eagles - never.

2. The drinks are nuclear powered, and practically free compared to other joints.

3. You are always going to run into some of your other blues lovin' pals there.

So what's not to like? Get yer butt down there for the next show... 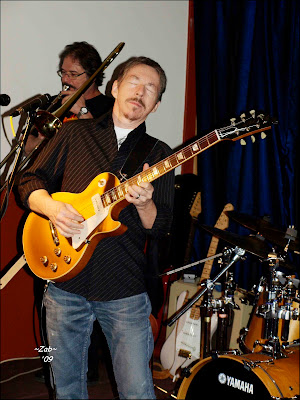 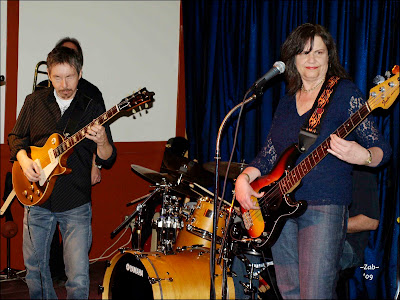 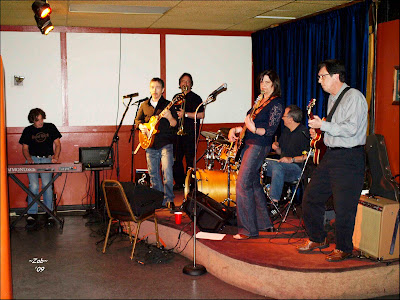