When I heard recently that some musician friends were stiffed out of part of their pay by a Seattle club, it got me to thinking about similar (though not always money-related) situations that I have experienced. The very stuff that Weird Gigs are made of! 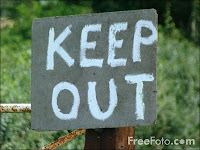 The Cozy Corner was a tavern located in Clinton, Washington at the south end of Whidbey Island. I had booked back-to-back weekends there for my band Nitelife. After the first Saturday we left a good portion of our equipment at the club, include the PA system, drums, and a Hammond organ, so that we wouldn’t have to load the stuff in the following weekend.

I recall that it was pouring rain when the band boarded the Mukelteo ferry the next week for the brief trip to Whidbey Island. When we pulled into the empty Cozy Corner parking lot, we looked at a totally dark club – it didn’t look like anyone was expecting us. Sure enough, there was a large padlock chained to the front doors, and there wasn’t a soul in sight. We drove up to the next bar and made several calls to the owner (now that I think of it, that number was probably ringing inside the empty Cozy Corner), but couldn’t reach him. So, we headed back to the mainland with no gig and hoping that our equipment was still in the club.

I don’t recall exactly what the problem was, but I think that the owner either hadn’t been paying his taxes or rent. Maybe both. Anyway, he finally called me and we had to make one other final trip to the forlorn Cozy Corner the next week to retrieve our equipment. Actually, I guess this story has sort of a happy ending – at least our equipment was still there! 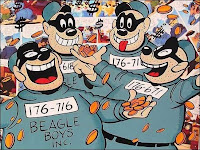 Nitelife and another Seattle band were hired to play for five nights at the Hibble & Hyde’s nightclub club in Pioneer Square sometime in the mid ‘80s. Located just down the sidewalk from Doc Maynard’s, Hibble & Hyde’s was unique because the bands played until 4:00 AM there. This particular gig was "special" because it was a lead up to a new Blue Monday jam that was supposed to begin the following Monday night. The two bands alternated sets during the week, and we were supposed to split the cover charge receipts. If I recall correctly, the cover charge was around $5.00 a person that week.

The gig was a raucous success, with full houses several nights. We knew something was up when the manager couldn’t be found on Saturday night and we were told that he would pay us before the gig on Monday. Both bands showed up on Monday and waited for the manager to make his appearance. Nitelife was scheduled to host the Blue Monday that night, but we left our equipment in the cars just in case we decided to make an early departure. This turned out to be an excellent idea, because the ten musicians that had played five nights from 9:30 PM to 4:00 AM finally received…drum roll, please…$75 each! Say, that’s what, $150 a night! Needless to say, Nitelife did not play the Blue Monday gig, nor did we ever play Hibble & Hyde’s again. The manager went on to have quite a long and checkered career running clubs in Pioneer Square and Ballard. Go figure.

In the late ‘80s, my band, the Bluestars, was hired to play this barbeque joint in Spokane, Washington just before Christmas. This was quite the road trip for us, so we rented a trailer and roared over to Eastern Washington in the guitar player’s Buick Skylark.

By the time we reached Spokane a snowstorm had started and continued through the weekend. This had the usual effect on attendance at the club that weekend, but I wasn’t worried, we were getting a guarantee – no more door gigs for me. After the gig on Saturday night, we loaded up our stuff in about 18 inches of snow, and I went back to the club to get our money. But guess what? No one could find the manager, of course. So I had it out with the bartender, and he reluctantly gave me enough money to pay three of the four band members in full. Fortunately, we had a room for the night, and we sulked back to Seattle the next day.

Two weeks later the club owner called me and said that he felt bad about the gig, freakin’ snowstorm, crappy attendance, blah blah blah, and that he wanted to make it up to me. Not by sending me money, of course, but by booking us another gig at his club! Oh, what an excellent idea. We then booked a date that I didn’t bother to put on my calendar. On the day of that new gig, the nitwit called me at home at 9:00 PM, wondering where the hell the band was. “Honestly,” I told him, I guess it just slipped my mind.”
Posted by Mike Lynch at 3:23 PM